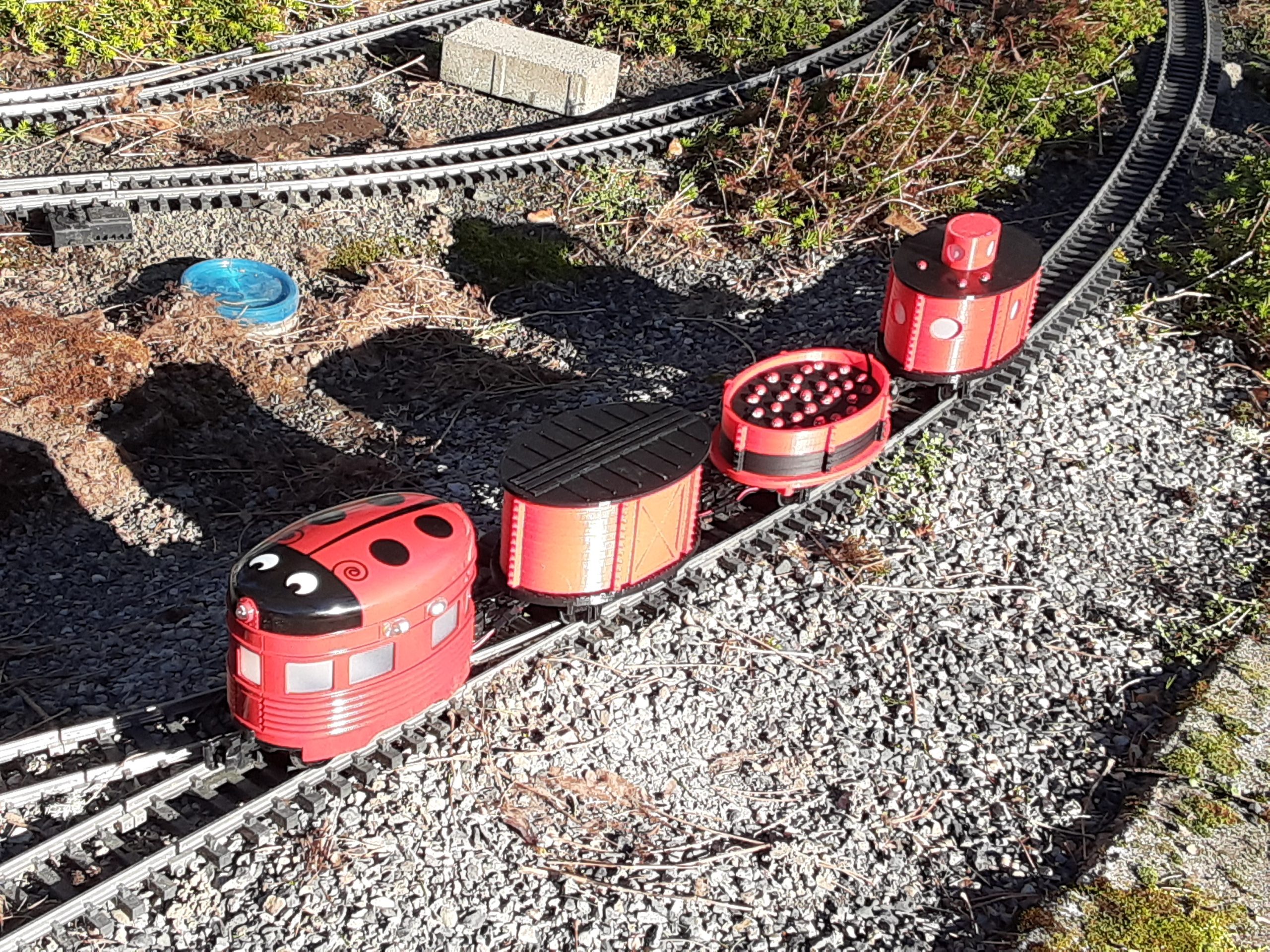 Eggliners were first made by Aristo Craft. When Aristo Craft went out of business Bachmann Trains picked up the mantle and started to make them. They used new molds so they no longer have a seam. The Aristo Craft units were two pieces glued together. The Bachmann Eggliners are one molded piece

Prototype Information:
In the theory that there is “a prototype for everything”, Amtrak’s Beach Grove shop facility has an office that is similar in appearance to the Lil’ Eggliner.  The office was constructed by welding together the ends of two observation cars. Read More about the history of the Eggliner.